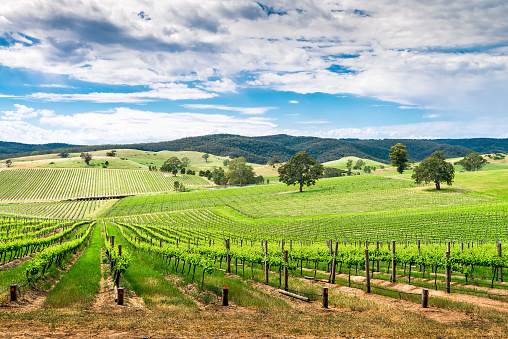 Home to the finest wine, South Australia (SA) is littered with world-renowned wine regions. But that’s not all that SA has to offer. With big skies, craggy coastlines, crater lakes, vast deserts, and emerald valleys, SA is intensely beautiful.

Perhaps you’re going for a short visit and you want to experience the full grandeur of SA. True, creating an itinerary in such a stunning place is quite challenging. Where do you begin?

Check out our quick guide to the top 5 travel destinations in South Australia.

Wilderness and wildlife fans alike go wild in Kangaroo Island. This island is still largely untouched and is a playground for a plethora of animals: birds, koalas, penguins, echidnas, seals— and, of course, kangaroos, and a lot more.

Located off the Fleurieu Peninsula, the island is gifted with glittering turquoise seas that hide sea dragons, virgin beaches, alien-like rock formations, and a charmingly uneven coastline. The third-largest island in the whole of Australia, Kangaroo Island boasts of numerous natural wonders.

Some of the important attractions on the island are Finders National Park, Vivionne Bay Beach, the commercial center Kingscote, and more. For accommodation, the island has budget hotels, mid-range hotels, and luxury hotels.

The city of Mount Gambier is known for its spectacular crater lakes (there are four of them!), stunning volcanic landscape, and surreal limestone. The city is home to an extinct volcano, Mt. Gambier, and one of its lakes is Blue Lake, which, in November, turns a startling shade of cobalt blue.

Meanwhile, the city of Mount Gambier, which is located in the southeastern corner of South Australia, has a “sunken garden” that demands to be explored. It is found in the city’s enchanting Umpherston Sinkhole, which is ringed with neon pink hydrangeas, calla lilies, and ferns.

After exploring Mount Gambier, you can head south to tour Naracoorte Caves— which is South Australia’s only World Heritage Site.  The caves are the world’s most important site for fossils. You will also gasp at the caves’ jaw-dropping stalactites and stalagmites.

Found east of the Great Australian Bight, Eyre Peninsula is one of the country’s nearly isolated coastal areas. Characterized by dramatic coastlines and cliffs, as well as pristine beaches, this triangular-shaped peninsula is one of SA’s most glorious tourist destinations.

Eyre Peninsula is also known for a special activity— cage-diving with great white sharks! However, if you prefer snorkeling with cuttlefish or with sea lions, you can also do so in this magical peninsula.

At the tip of the peninsula is the Lincoln National Park, known for jutting cliffs and a crowd of avians. If you’d like to relax at a holiday resort, Port Lincoln is the place to be. If you’re in the mood for a 4WD adventure, then head to the infamous Nullarbor Plain.

Just an hour’s drive from Adelaide is one of the country’s oldest grape-growing regions. Barossa Valley, with its rich soils and lush valley, is also home to museums, art galleries, heritage trails, and charming historic structures.

Barossa Valley is the place to be if you’re a die-hard foodie. Its European-influenced cuisine is famous, and it’s a big loss if you don’t try the valley’s delectable dishes. Enjoy farm-fresh and artisan offerings in either fine restaurants or local farms via a tour, or in one of its fresh markets.

Must-visit places to dine in Barossa Valley are the Appellation at The Louise (in Marananga) and Maggie Beer’s Farm Shop (in Nuriootpa). Or, if you want a scenic stroll, join the Angaston Heritage Walk, or hike in any of the valley’s beautiful conservation parks.

If you’re a sensitive soul, or an artist, or a photographer, the Flinders Ranges offers an abundance of natural gems for you to capture. Home to a magnificent number of wildlife, this tourist spot is like a painting come to life.

Revel in the landscapes that change colors. Alternating between hues of pink, dust of gold, and deep oranges and reds, the parched region looks otherworldly.

Even the wildlife exhibit astonishing colors— the vividly colored parrots, wallabies, emus, and other gorgeous creatures of the earth. Its national park is another astounding land, rich with vegetation and dotted with wildflowers.

Visit any time from March to May, or September to November. The fall season reveals its stunning colors and is particularly without rain to ruin your outdoor adventures.