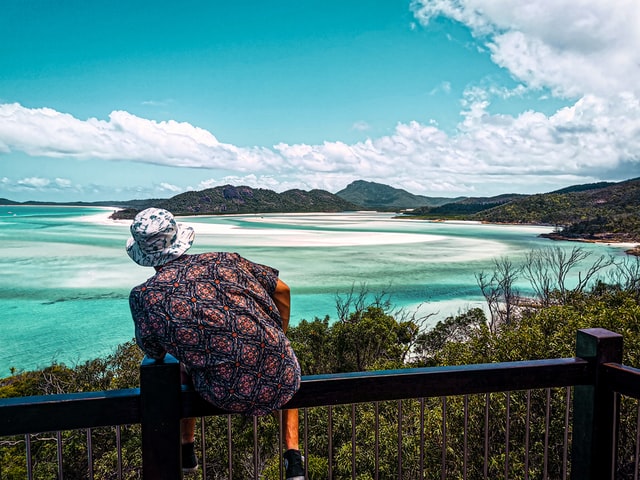 If you’re looking for a versatile tourist spot in Australia that can accommodate any kind of traveler, you’ve got to try Queensland.

Covering the northeastern part of Australia, the state of Queensland has a stretch of coastline 7,000 kilometers long. The state encompasses a wide area of land that hosts rivers, mountain ranges, tropical rainforests, and coral reefs with an ecosystem so rich it’s become the home of five UNESCO World Heritage sites.

Queensland is also popular for its cultural attractions, including a series of exhibitions, festivals, art shows, and music.

Here are the top five travel destinations in Queensland that you simply cannot miss:

This coral reef is the largest on the planet with an extensive ecosystem that was deemed a World Heritage site in 1981.

The Great Barrier Reef (GBR) is made up of about 2,500 individual reefs and 900 islands that span a 348,000 square-kilometer area. The life in these reefs is so diverse that GBR is a paradise for biodiversity.

The sights are breathtakingly beautiful with options for luxury and budget adventures that include snorkeling, diving, and sailing. Soak up the sun and sail along on a cruise of the reefs of Michaelmas Cay. Fly over the Heart Reef with a loved one by plane. If you love trekking, explore the largely untouched Thorsborne trail that is surrounded by majestic mountains, beaches, and rainforests. Or you can visit Lizard Island and its five-star resort.

The Daintree National Park comprises two parts: the Mossman Gorge over which the Mossman River flows and the rainforest-clad mountains of Cape Tribulation with trails that lead to beautiful beaches.

The park was originally owned by the Eastern Kuku Yalanji Aboriginal people. They’re incredibly welcoming, provided you respect the sanctity of their land. The park was founded in 1981 and crowned a World Heritage Sight in 1988.

It is the world’s oldest tropical rainforest at over 180 million years old. Activities like river rafting, spearfishing, and crocodile spotting are tourist favorites. Imagine going on a road trip and hunting for your supper!

If you’re curious about the history of Daintree, sign up for a tour with an aboriginal custodian. The aura of this place is so magical that English broadcaster and historian Sir David Attenborough referred to it as “the most extraordinary place on Earth.”

At over 120 kilometers long, Fraser Island is the world’s largest sand island and is another UNESCO World Heritage site. It is also referred to as K’gari (pronounced “gurri” which means paradise) and is the traditional land of the Butchulla people.

Fraser Island has a thriving flora that’s composed of mangrove forests, eucalyptus woodland, tropical rainforests, and sand dunes. Unfortunately, half of the island’s bushland was lost to bushfires in 2020.

Don’t let that stop you though as overnight camping and the 90-kilometer long Fraser Island Great Walk are still an unforgettable experience for their spectacular colors and views.

If you’re in the mood for some peace and quiet, the incredibly remote nature of this island will entice you. You might want to be a little careful though because there’s no medical help for miles.

This laidback city is considered the gateway to Queensland’s tropical paradise.

You can visit Cairns after exploring the Great Barrier Reef. Spend the evening shopping from local artisans in the markets while listening to live music by local artists. You can grab dinner at one of the cafés in the area.

Cairns is best explored during the day so sign up for a day tour of the Cairns coastline. You can even charter your own sailboat or chill at an eco-resort of your choice. If you’re up for some adventure, drift down rainforest rivers with a snorkel or trek through the tropical rainforests to savor the ancient magic around you.

Traditionally owned by the Yugambeh people, the Gold Coast is fondly referred to as the “Gold Coaster.”

With a vibe similar to Miami, the Gold Coast has a subtropical, sunny climate that’s popular for its surfer-friendly beaches, high-rise buildings, theme parks, nightlife, and rainforests. Due to the beautiful surroundings, the Gold Coast has often been the set for several on-screen projects of Australian film and television.

The area is also host to several music festivals like Summafieldayze, Big Day Out, Good Vibrations Festival, and more. Make sure you drop by Home Of The Arts (HOTA) to enjoy a variety of ballets and musicals.

In case you’re visiting in August, you cannot miss the Gold Coast’s biggest and most popular music event, the Bleach Festival — an event that celebrates dance, music, theatre, circus, and more.

Holidaying in Queensland can be a riveting journey. From its incredible biodiversity, rich culture, and lively festivals, Queensland is an experience you can’t afford to pass up.