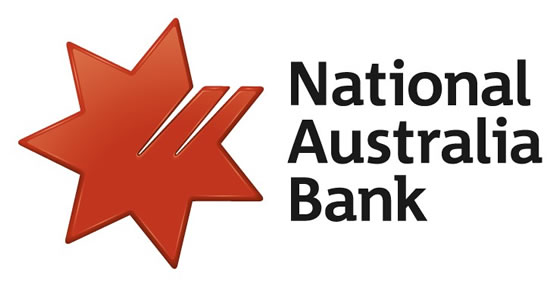 Due to the evolution of the digital age, it has become more commonplace to trust online banking. Once the online banking revolution occurred, it became possible for customers to contemplate the possibility of reaching multiple markets with commerce. From this came a need for currency exchange to flow more freely than it had historically due to the vast amounts of capital that needed to be exchanged across borders internationally on a daily basis. Historically speaking, banks had a monopoly on the market. To this end, banks were able to get away with charging astronomical fees to move money between markets to consumers and businesses alike. Due to this injustice, FX companies decided to fill a hole in the market that consisted of consumers and businesses that wanted to move money at a fee that was less expensive. One of the markets that were greatly concerned with this was Australia. Previously, Australian banks had dominance on financial transfers between markets. Due to Australia’s growth in the global economy, the need arose to get capital to many different markets.

Banks play a huge role in the Australian financial system, as they hold most of the financial system assets. Australian banks, particularly after their two-decade period of deregulation, are involved in all types of financial intermediation, such as trading in insurance, fund management, and also business banking.

Australia has over 50 banks, of which 14 are government-owned. It’s generally considered that the Australian banking system is very stable, which in part is down to their very sturdy house prices (this is partly why the subprime mortgage crisis of 2008 didn’t put Australia into recession unlike much of the rest of the world).

The central bank in Australia is called the Reserve of Australia (RBA), and they, of course, control the monetary policy. The current RBA interest rate is at 0.25%, the same as the Fed and Bank of Canada’s. This is very low — record-breakingly low — but it’s assumed that they will rise again in the coming years, assuming the economic damage by Coronavirus is limited.

Despite this, research performed by Oxera in 2006 showed Australia to be one of the worst value banking systems compared to the rest of the world. This was the case for young professionals, low-income families, pensioners and median-income families. One example of Australian banking being more expensive than the UK is that only one of the big four banks (NAB) has a free account. Compare this to the UK, and almost any bank has a free account — in fact, most banks are legally obliged to offer free bank accounts. The USA is more similar to Australia in this respect, too.

Like most countries, Australia has deposit protection for customers using licensed banks. It’s a generous one, too, at $250,000 per account and is protected under the Financial Claims Scheme.

When attempting to choose a bank to work within Australia, it is wise to research various banks in order to ascertain which bank you may be interested in working with. Upon doing so, you will be able to see which bank is the ideal fit for your particular needs. Below, a list of the top banking institutions in Australia:

Surprises that One Will Encounter When Working with Australian Banks

There is a uniform process to qualify for a bank account within Australia. It is important that you are compliant with the requirements so that you are eligible to open a bank account and then be able to move capital both to and from that bank account. Here are three surprises to be aware of when dealing with Australian banks:

The Australian banking system isn’t the best model in the world, but it’s extremely safe. Although you may struggle to find a free bank account option, you’re covered for $250,000 and the whole industry has never collapsed as the UK and USA had. Australian banks are solid but when it comes to sending money abroad or financing your business, you might find other solutions more favourable. You’ll save a lot more with FX companies in both fees and exchange spread, as well as have an easier time using the service. Additionally, you will begin to see the diminishing value of working with banks that are notorious for extreme delays, increases in wire fees, and inflated currency exchange rates that will cause you to spend far more capital than you need going forward.