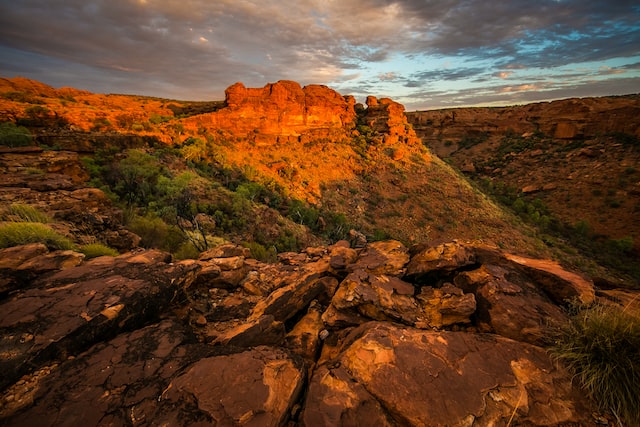 Australia’s climate is unusual compared to other parts of the world. Although Australia is the smallest continent, it boasts seven distinct climatic zones. It’s most known for its hot, dry summers and cool, wet winters.

Since the climate in Australia can vary dramatically from one region to another, you need to consider many factors when traveling there.

What Are Australia’s Climate Zones?

The city has a hot, wet climate year-round. The high humidity makes it feel hotter than in other cities, and the constant rain keeps grasses short.

There are no noticeable seasons in equatorial parts of Australia, as temperatures remain relatively stable all year long.

The tropical zone is in the far north of Australia. The temperate zone stretches from Sydney to Melbourne and Adelaide, where temperatures stay relatively warm all year round.

In places like Longreach and Brisbane, summers are hot and winters mild. You’ll find most of the world’s deserts in the subtropical zone.

High temperatures and low humidity characterize the climate of the Australian desert. Summers are scorching. On some days, the temperature can go as high as 50 °C.

The tropical semi-arid climate in the region receives an average of 350 to 750 millimeters (14 and 30 inches) of rain each year.

Though the summer temperature can reach as high as 40 °C (104 °F), winter temperatures are relatively cold, with frosts occurring regularly.

Throughout the year, depending on the season, the temperate climatic zone of Australia sees variations in temperature and rainfall.

What Are Australia’s Seasons?

The sun is out to shine, and it’s time for you to seize the day! From May to October, rainfall is low, and you can expect gorgeous views.

Both winter and spring fall under this category. Though winter is freezing, it stays dry.

It’s all hot days, high humidity, monsoonal rains, and possible cyclones that describe Australia’s wet season. So from November to April, stay indoors as much as you can.

Summer and autumn are wet seasons as you can expect monsoons at these times.

Travel Destinations In Between Seasons

Spring is a great time to see Australia’s natural beauty at its best. The weather tends to be calm and clear, so pack your bags and head out on an adventure!

Head to Floriade, the largest flower festival in the Southern Hemisphere, with horticulture, music, and entertainment programs. It’s a sight too extraordinary to miss!

Summer is the perfect time for an Australian holiday because it’s when most people visit the country. So you’ll get to experience all of Australia’s wonders and enjoy carnivals and celebrations!

As you walk down the streets of Australia’s cities, you can enjoy colorful leaves falling from trees and crisp air blowing through your hair. In addition, the weather is usually mild, so you can go outside without getting too cold.

Melbourne is famous for its culinary scene! Indulge in the Wine Festival at Grampians Grape Escape.

You’ll want to pack warm clothes if you’re traveling in the winter because it can get pretty chilly! But don’t worry, there are plenty of things to do indoors if you need to escape the cold.

If you’re feeling adventurous, go skiing in the Australian Alps and Tasmania if you’re looking forward to a white winter.

The Best Time To Travel To Australia

Australia has many sights worth seeing. However, the best time to travel to the Land Down Under is when you feel comfortable!

If you’re keen on traveling comfortably, travel during the dry season, which is from May to October. You’ll enjoy clear blue skies and bright, sunny days. The weather also allows you to attend Darwin’s outdoor market, festivals, and movies!

September, October, November, March, and May are neither too hot nor too cold, making it the perfect time to take a stroll!

Australia has a distinctive and diverse set of seasons, ranging from the endless summers in the north to the chilly winters of Tasmania in the south.

As a result, deciding when to visit Australia is somewhat complicated and depends on what you want to see. No worries, though, because no matter what season it is, you’ll find plenty to see and enjoy during your visit!