When discussing Australia, it is hard to imagine the conversation without mentioning sports, as part of the fun stuff to do in this amazing country. As an overall culture, Australians are quite athletic. They are passionate about sports and engaging outdoor activities. This is why it is understandable that Australians take advantage of many outdoor sporting events due to the passionate cultural experience that occurs while practicing the sport in their home country. Due to Australia’s colonial ties, they do have many of the traditional sports such as: rugby, football, and cricket; however, they also have surfing that is a top sport in Australia as well.  Australians particularly enjoy a good rivalry, which is why they adore beating the neighbouring New Zealand Kiwis any chance that they get. All in all, Australians have a very active culture, which is why they are some of the more fit individuals that the world has. When one is considering visiting or spending an extended period of time in Australia, it is highly recommended to attend the various sporting matches for a divine experience. Consider the discussion below when trying to ascertain which Aussie sport is the ideal fit for you:

It is important to understand that Rugby is so popular that it has two different leagues in Australia. Additionally, there is distinct terminology utilized when referring to Rugby in Australia such as: league, football or footy. Rugby is typically played between February and August in Australia. The first is called the National Rugby League (NRL). This league is newer than the Rugby Union; however, it is primarily has a fan base in New South Wales and Queensland. The popularity of the National Rugby League is also developing in Victoria due to the immensely successful team that has developed there called the Melbourne Storm. This league is continuing to grow in popularity as the teams are improving and the fan clubs are becoming more loyal.

The Rugby Union is the more established Rugby league in Australia. The reason for this is its long-standing history and also immense rivalries with international competitors. Within the Rugby Union there are several different competitions that inspire quite the spirit from Australians. One such example is the Super 14 that has four different teams including the Queensland Reds, New South Waratahs, the Brumbies, and Western Force. In addition to these Australian teams, there are also five teams from New Zealand and five teams from South Africa. Competition in this league is quite fierce and Australians adore getting as involved as possible. Thus far, the Brumbies have been the Australian team that has won the Super Rugby Title in 2001 and 2004.

Australians are so sporty that they even have adapted traditional sports to create one of their own. There is an Australian species of football known as football or footie that is played all over the country. The game possesses two teams that have eighteen players on the field at once. Teams that are playing utilize a unique shaped ball on an oval-shaped field with goal posts on either side. The objective of the game is to score a six-point goal by kicking the ball in between the two posts. If the ball falls on the outside of the two posts, it becomes a one-point addition to the score. What makes this game particularly unique is that the ball has less restrictions on where it goes. This makes the game more competitive and aggressive because players do whatever it takes to score the six-point goal. That said, it makes for an enjoyable viewer experience that is truly a unique part of Australian culture. 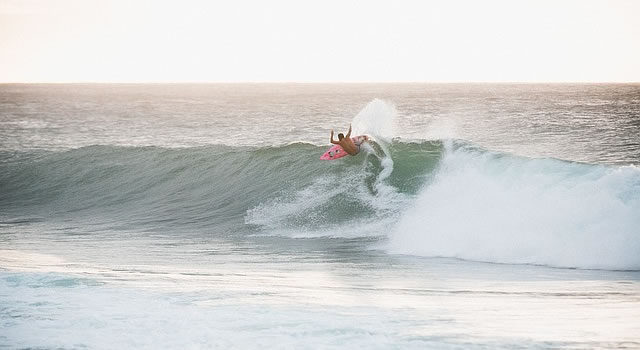 Australia has some of the best surfing in the world. For this reason, it is no surprise that there are many opportunities to perfect one’s expertise in surfing while living in Australia. In fact, many of the most famous surfers in the world are from Australia. Billabong and Rip Curl are also Australian-owned surfing companies that host competitions in Australia. As a result of these competitions, both of these brands have turned into a global success into surfer apparel. Their success has solidified the strong surfing identity and culture that exists within Australia.

Cricket is one of the sports in Australia that is directly linked to Australia’s ties to England. Cricket has a very established following in Australia. To those that are not from a country that plays Cricket, detailed tips for playing the game can be found here. However, playing the game essentially consists of attempting to score points against the other team by running from one point to another before the play can finish and you are stopped by defenders. Usually, cricket teams have eleven players with a potential alternate twelfth player. The bowler throws the ball and striker attempts to hit the ball. This cycle repeats itself until a maximum of five days or a minimum of a few hours. Cricket competitions are another favourite Australian pastime and are essential to attend or watch in order to get a true taste of Australian culture.

Australians have a great track record when it comes to the Olympic Games. In recent years, Australia’s number of medals has increased considerably. In order to see the progression of Australian’s performances in the Olympic Games, click or review the chart below:

Australia hosted the Olympic Games in 2000 and 1956. For this reason, it is no surprise that Australians took home a total of 58 medals in 2000 and 35 in 1956. However, their success in recent years is quite impressive and shows an increase in their athleticism in comparison to the global competition.

In addition to the Olympic Games, Australians have been making waves at other sporting events. The latest achievements from Australian athletes around the globe can be found here. Recently, some examples have included Aidan Roach who plays water polo in Hungary and Emily van Egmond who is trying to bring glory for Australia in the upcoming World Cup when she returns from FFC Frankfurt to play for her home country. Another strong example is Joel Moon who travelled to the UK to play Rugby.

Is Australia the Ideal Place for Foreign and/or Domestic Athletes?

In terms of comparing whether Australia is an ideal place for foreign or domestic athletes, the answer is absolutely, yes. Australia has a very athletic culture that celebrates those that excel at sports. In fact, there is a very high level of respect for those that have achieved greatness in sports. That said, it is important to understand that the rivalries are quite strong when it comes to certain sports. This is particularly true regarding rivalries between South Africa and New Zealand. It is important for athletes to be aware of these rivalries from these countries in the events that fans get aggressive and out of hand. In spite of the rivalries, it is important to understand that Australia is a wonderful place for athletes to play and train due to the enthusiastic culture and well-developed sport facilities that are prevalent throughout the country. Lastly, the unique climate of Australia makes it a great locale to train in a variety of different climates with ease, which makes athletes stronger and more competitive for their competitive matches. All in all, Australia is an excellent place for both foreign and local athletes alike to participate in their desired sport of choice.

In terms of sports, Australia has a fantastic diversity to enjoy for locals and tourists alike. It is quite common to have the established history of growing up with one of the local Australian teams and making their games apart of one’s cultural identity as an Australian. Additionally, it is also possible to become infatuated with surf competitions and learn how to surf by being inspired by some of Australia’s legends. It is also possible to be amazed by Australia’s sporting achievements in the Olympic Games and sporting clubs around the globe. When contemplating finding a culture that is athletic-driven, one will seldom find a climate similar than what exists in Australia. Upon visiting Australia, it is highly recommended to get involved in one of their many sports to choose from. Once you do so, you will find a very enjoyable and fulfilling experience.