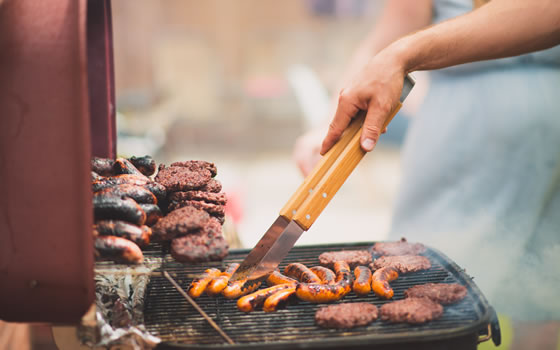 The Best Food and Wines in Australia

Australia has some incredible cuisine. What is fantastic is how quickly the cuisine has developed over the previous years. The reason for this is that there have been many cultures that have influenced Australia throughout its history due to colonialism and immigration. This, combined with the Aborigine population that has been in Australia for thousands of years has created a splendid place for foodies. Furthermore, the food festivals and world renown chefs that have cultivated their craft in Australia have also added to Australia’s influence in terms of being a respected food and beverage destination. In terms of vineyards, Australian soil has proved to be quite fruitful in terms of producing spectacular vintages of wines that are now exported around the globe. Be sure to consult the following list when trying to ascertain what to eat and drink while spending time in Australia:

What is important to note is that the 1900’s really played a major part in the development of Australian food that is present today. For example, in the 1950’s, it was not uncommon to see families preparing shepherd’s pie, lamb chops, custard, and apple pie like their European roots. That said, Australia’s unique culinary history starts with its Aborigine population that learned during the period of thousands of years how to enjoy the fruits of the diverse climates that the many parts of Australia possess. The colonists that arrived really separated themselves from the indigenous foods, yet they have become available for individuals to try today. Many of Australia’s first markets were actually stocked by grains from convicts. One of the great influences that impacted colonial Australia was when the railroads opened up enabling the country to rely less on imported foods and focus on growing their own.

Later on, there were many Chinese immigrants that immigrated to Australia. They came over for the gold rush and ended up bringing many of their food and cultural customs with them. In addition to the Chinese, immigrants from Indonesia, the Philippines, Malaysia, Thailand, and India had an impact on Australian culture. This, combined with the diverse climate that Australia possesses made it possible for very unique foods to grow and prosper for chefs to incorporate into their dishes.

Why Australia Is Famous for Wine

Australia has some incredible vineyards that are producing wines competitive to consumers around the world. Contrary to popular belief, Yellowtail is only sold outside of Australia and the best vineyards are other less globally recognized names. Below is the list of the best vineyards in Australia:

Australia has an incredible combination of cultures. This is why Australia has some very delightful culinary treats to choose from. Here is a list of the top seven Australian dishes:

Australia’s most recent food trend which is swooping the nation is meal kits. Those are prepackaged meals which are easy to cook for novices and are notoriously and supposedly delicious. T

HelloFresh – in this HelloFresh review by Canadian expat Kyle Prevost it is said that HelloFresh are the global leaders in meal kits, and have perfected the art of ordering, packaging and delivering almost to the tee. HelloFresh is the safest place to start if you are looking for an exemplary experience with a wide variety of meals which can be tailored for for your own food restriction, preferences as well as type of cuisine you prefer. The ingredients are always fresh and sourced locally when possible.

Australia is an incredible country to visit for foodies because there is such a wide range of options to enjoy. When studying Australia’s history, it is not difficult to imagine why the culture has evolved the way it has given the unique culture of immigrants that Australia has attracted due to its lenient immigration law for nearly a century. These immigrants, combined with the indigenous population, and arrivals during the period of colonisation have made Australia’s food culture what it is today. Australia has also created many high-quality beer and wines that have been noticed on a global level. When travelling to Australia, it is highly recommended to take the time to research the food and beverages that you can enjoy. This will add a great deal to your vacation and you will be able to understand what the hype is about in terms of Australian cuisine.